Another year has gone by and I am on to my final year on my digital Animation course.
This year we were to pitch a project we'll be working on for this final year.

My project partner, Lokii and I decided to pitch our gaming bible : Revenant.

Our aim is to develop a complete gaming bible  as well a 30 second video promo for the game. This video will consist of both 2D and 3D animation (Cut scenes and mock game play demo)

WE had our final pitches on the 27th of September.  Our project was approve and we can work on it as our final work for the year.


The work that was divided between Lokii and I was that she took on the producing aspect and I took on the role of art director. Though most of the time we tend to consult each other on the decision makings.

We've set aims to recruit second and first years to help us. On both pre and post production.
We're also keeping close contact with those that we recruited so far. Setting up task such as concepts designs for NPCs each week and assign the finalised concepts to modelers and riggers for the 3D aspect for our promo video.

Most of the art work I will be working towards(  Excluding my personal art and project)   will mostly be for Revenant. My goal is to create more sets of "WOW" images. Lately I've been doing random concept designs , which mean I haven't based the designs on the official reference sheets.

So far theses are some that I have done. 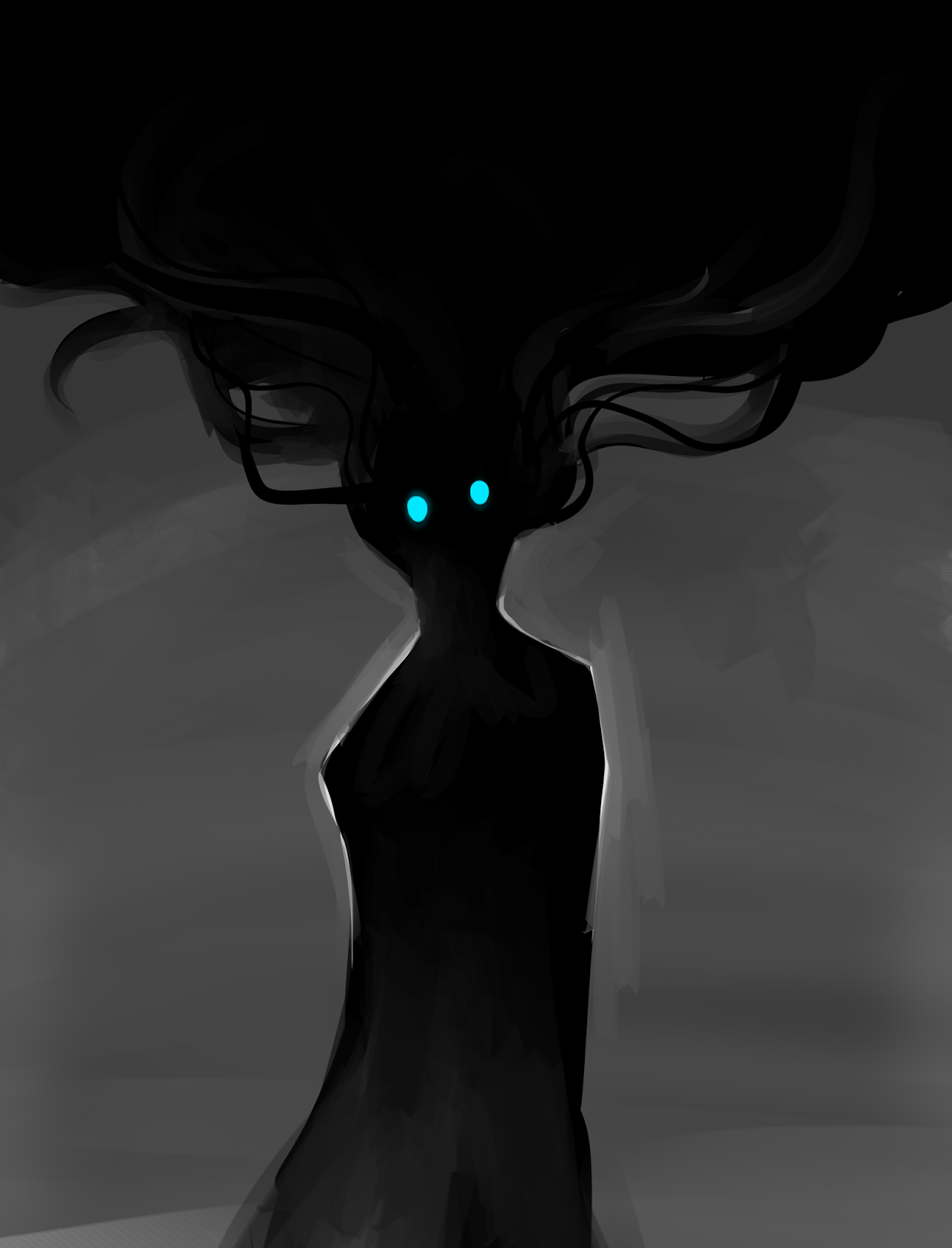 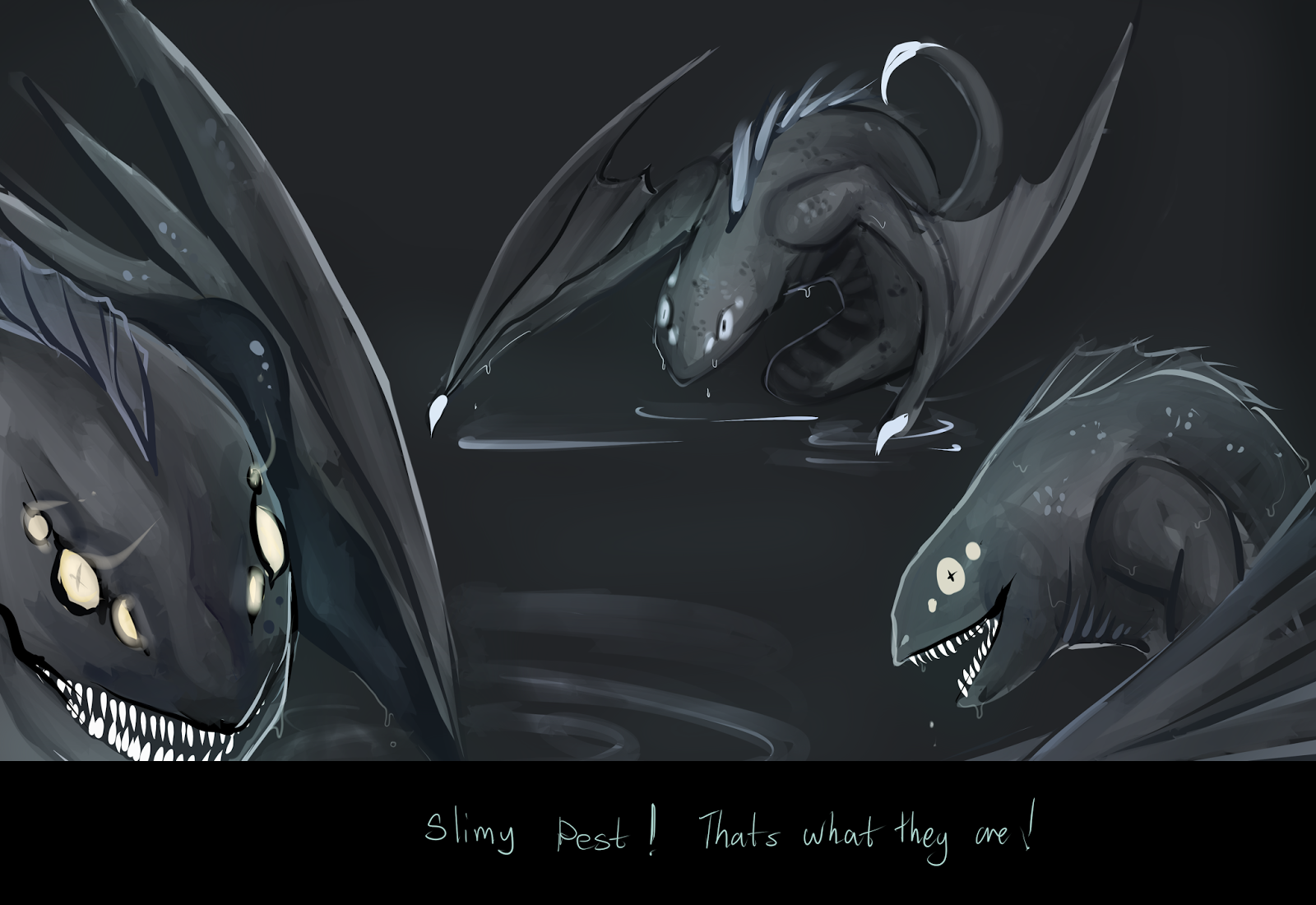 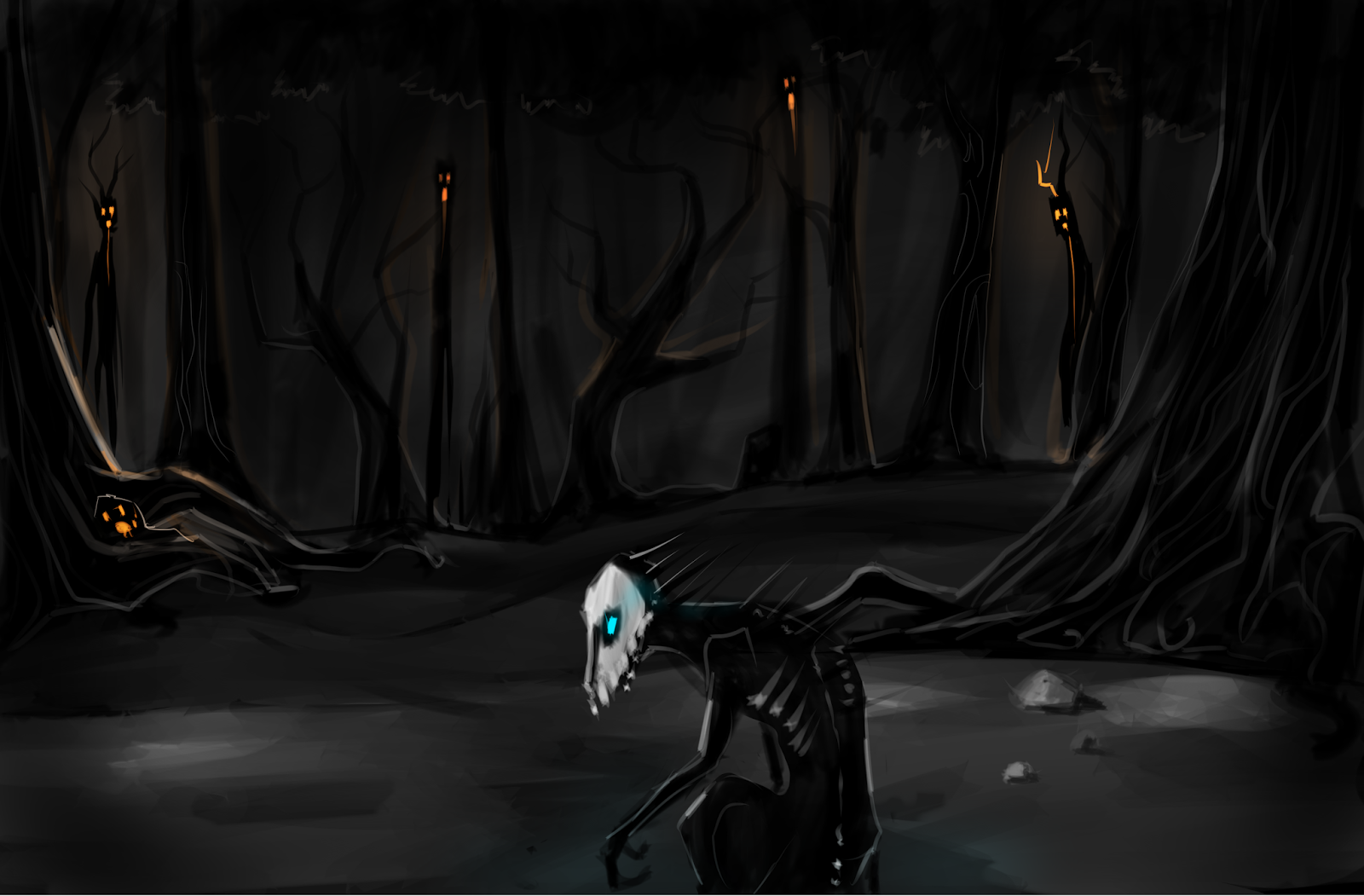 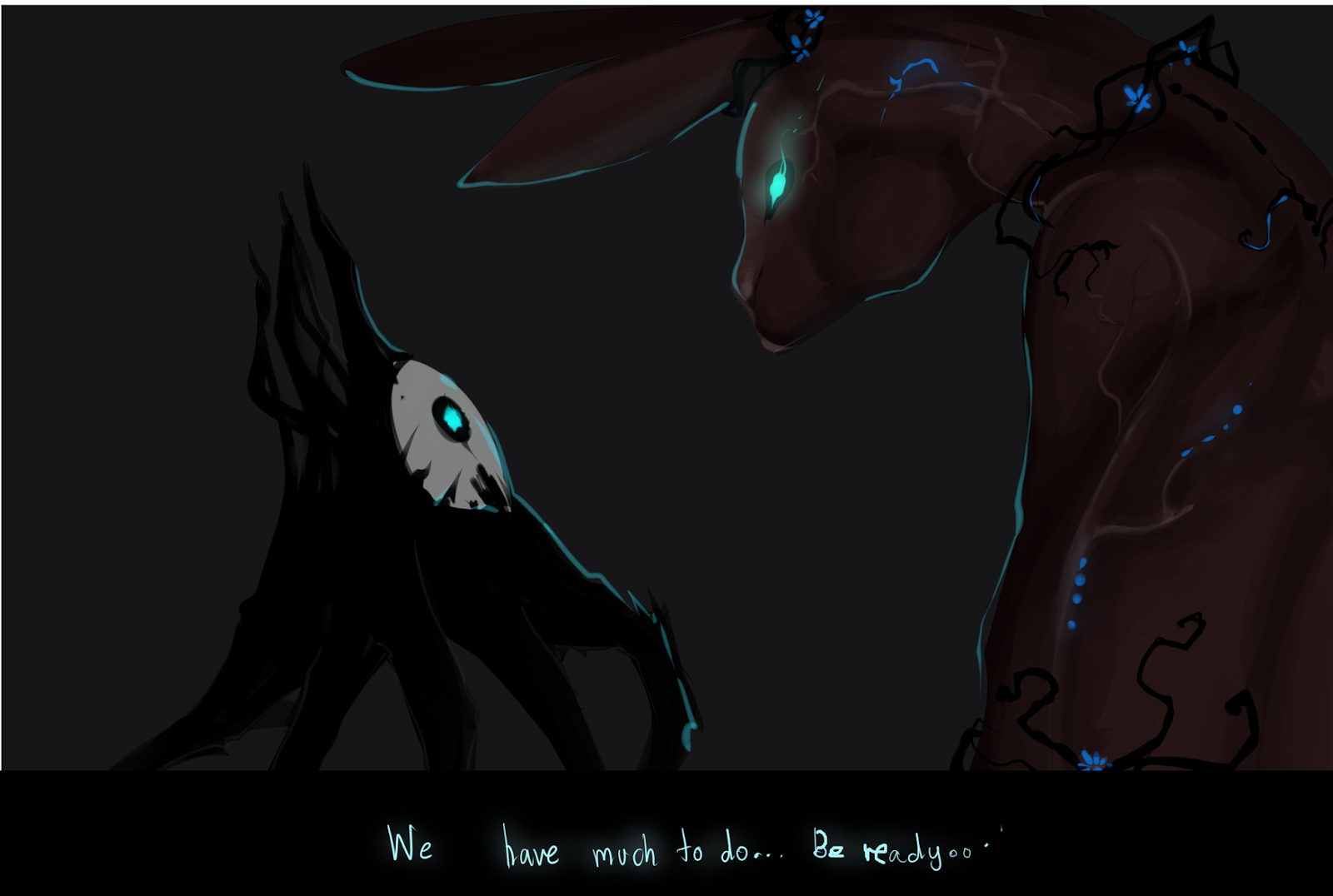 Since we have the final character sheets and turn arounds, I can explore more in their movements and doing some action poses for them as well. another area that I feel is still lacking are the environments so I will be doing more practice and painting on them too.
Posted by Unknown at 12:29 No comments:

So in the end this was the official colour for the beetle bouncer in the night club scene.  In the group tutorial we agreed that the green colour for his skin would stand out among the red interior. The one before had greyish skin but  it loked a bit purple when overlayed with the red light which make his colour a bit too similar to the cat. Green adds a nice contrast. 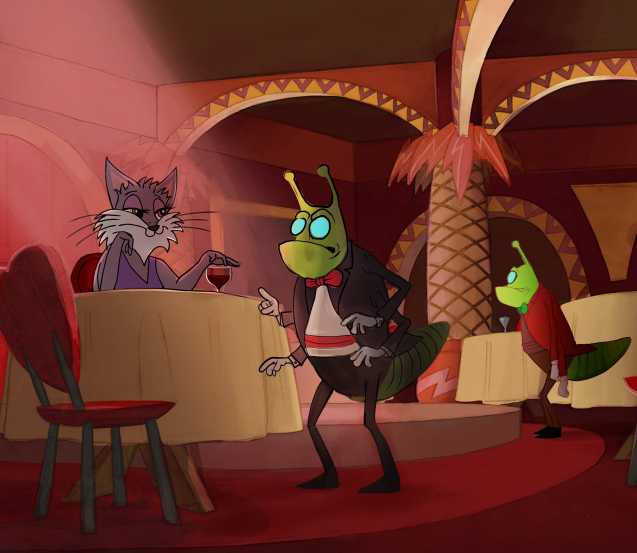 After fhinsihing the colour scheme, I moved on to to colouring in the lined animation. Charlott did the finished in between and I got the work while off her.  I was a bit unsure for the shading of the character because the scene I worked on was where the live action character would interact with . I was advise to so some subtle shading. and this is the end product.

So nothing too dark but still doesn't look like he's all just flat colours.

I've also been working on another background for another scene. This section is called the snow scene. I've been assigned it recently and style used for this scene is heavily influenced by Mike Mignola, the artist for Hellboy. 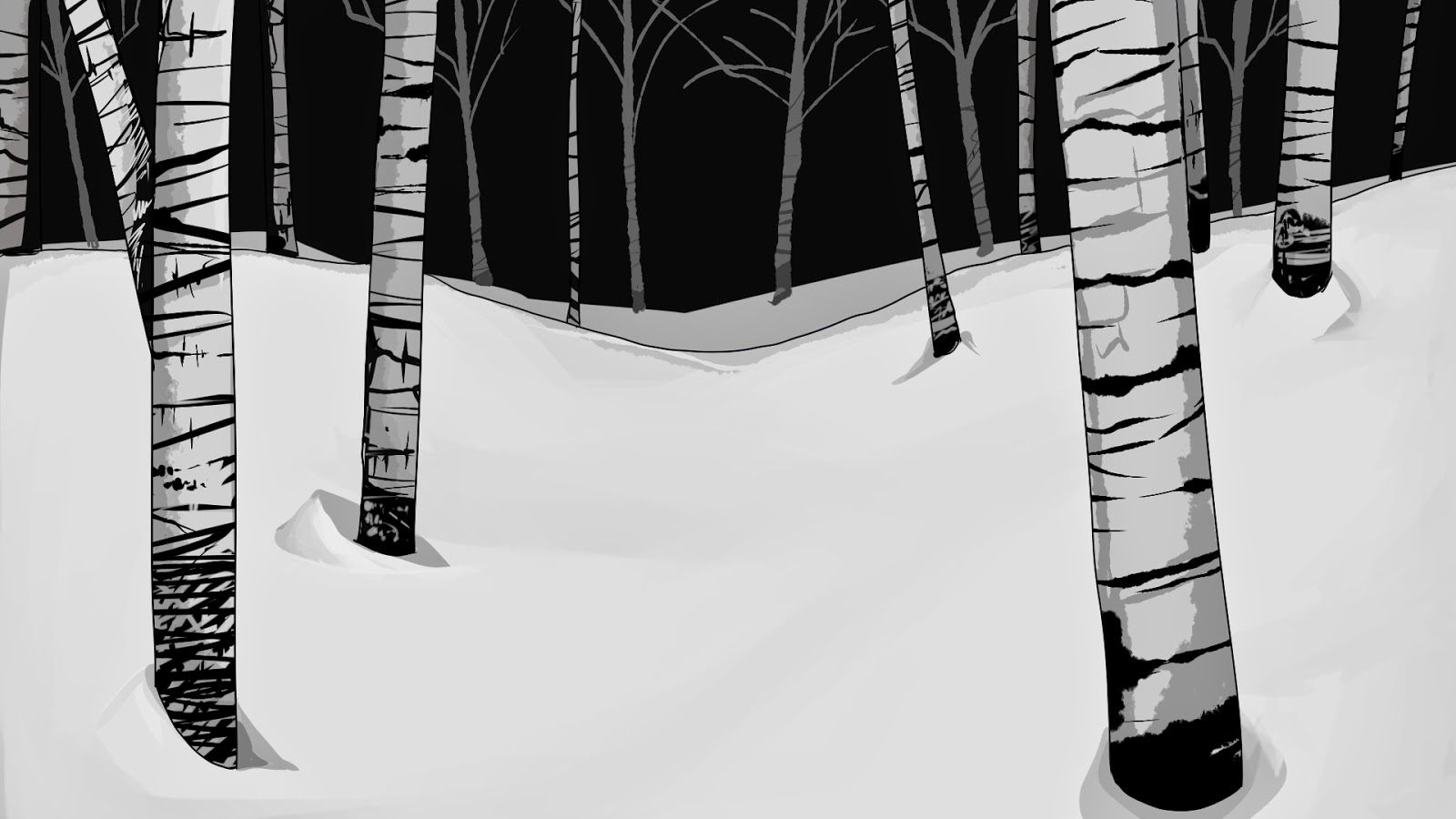 These are the scenes I've done so far and have been approved for the style. There are still some work that needs to be done for the colours and lighting.

Another Digital practice project that is on going is DEEP. A film directed by our lecture , Derek Hayes. The film has various style through out and I sighed up to work on a section of the film called night club.

Here I was responsible for coloring in the night club backgrounds. The layout and designs were done prior and the background was divided between Jasmine Groot and I to work on. 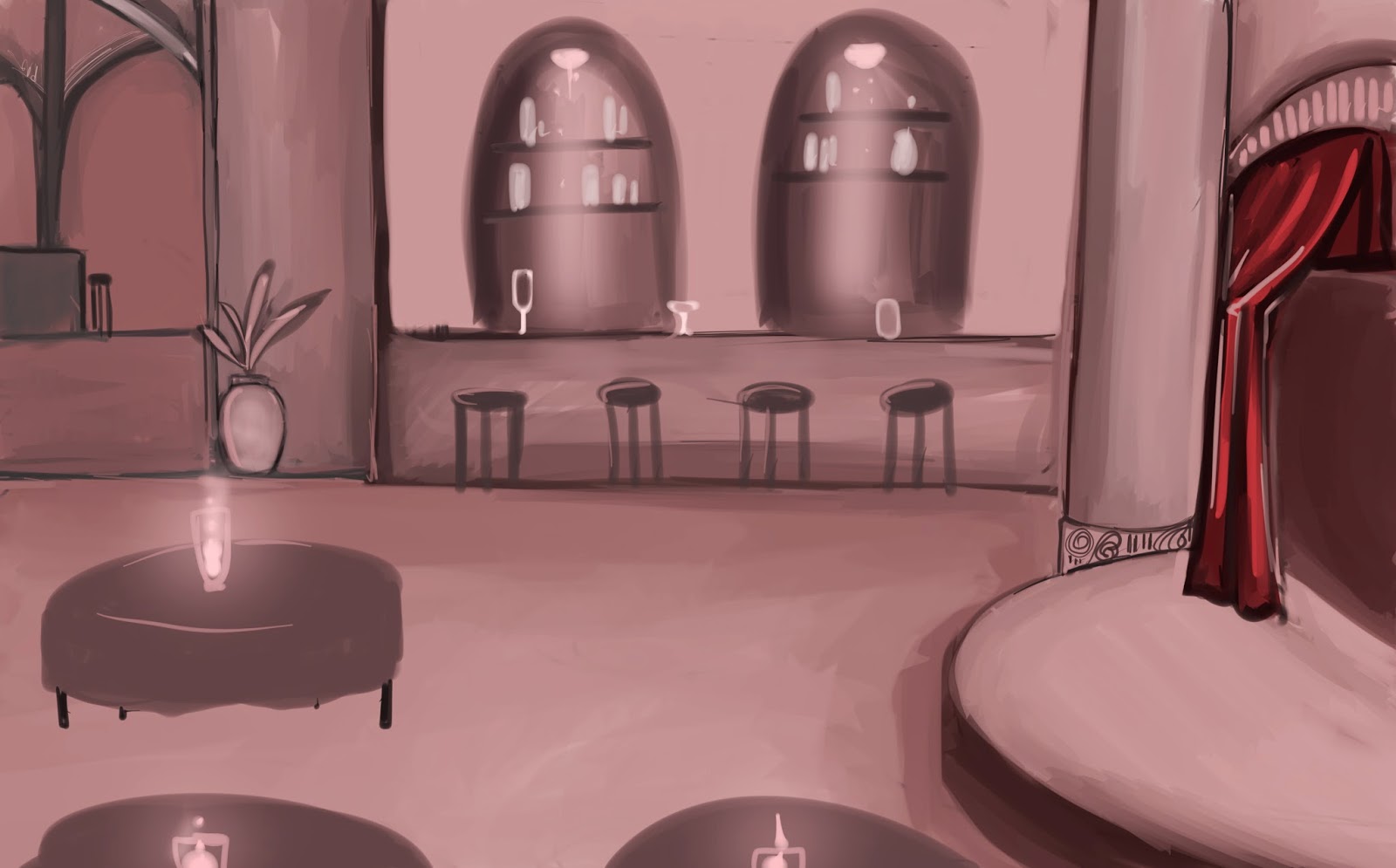 This concept was sketch up before I was handed the official layout. The purpose of this is to test out the mood and lighting that could be applied to the scene. After hearing the feed back, I was was advised to improve on the tone of the colour to make it warmer. 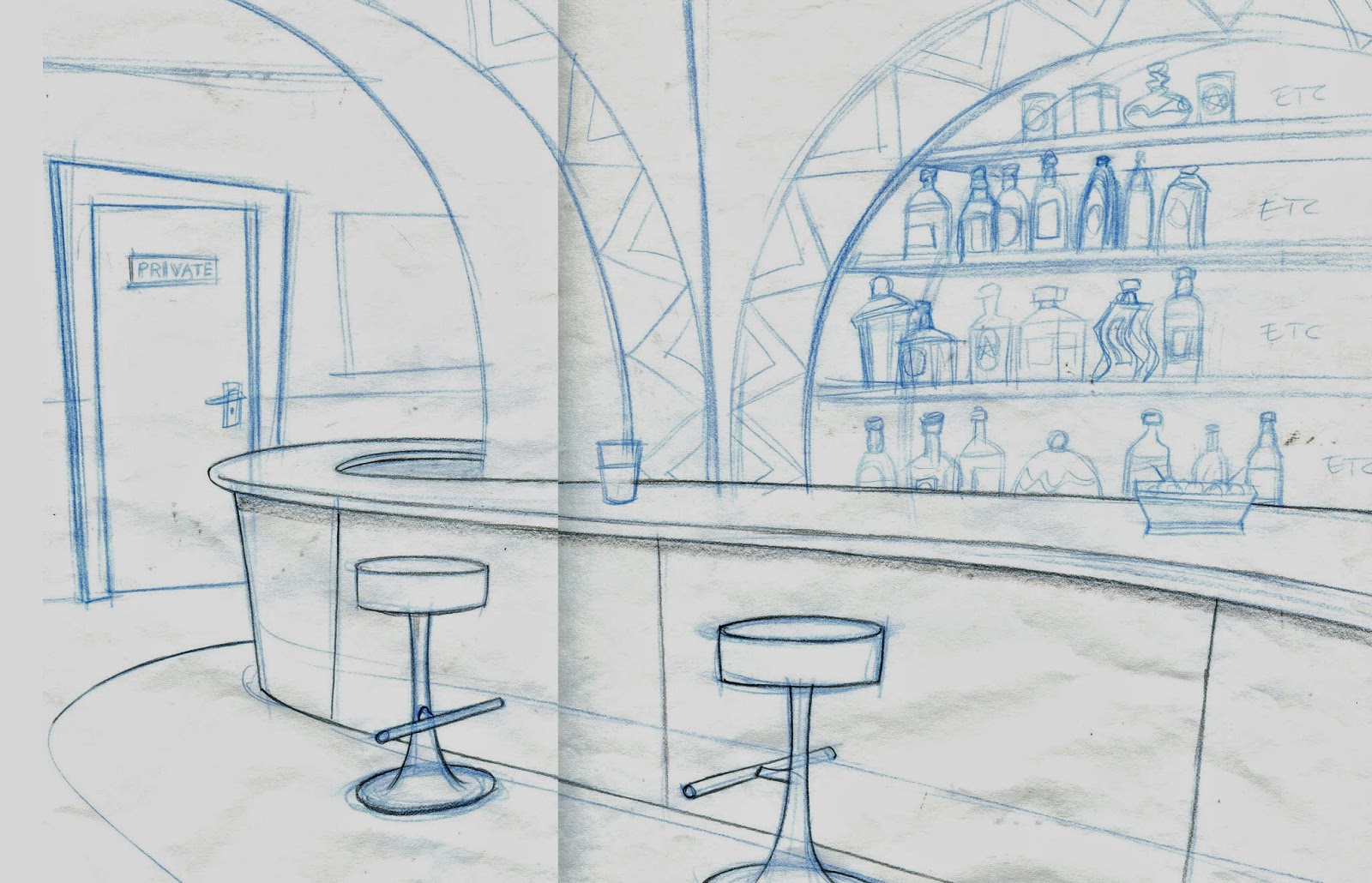 Above is the finish coloring of the background. I had a bit of issue in over shading some of the assets in the film . Most of the reference I look at were mostly Warner bros cartoon. Focusing on bold colours. 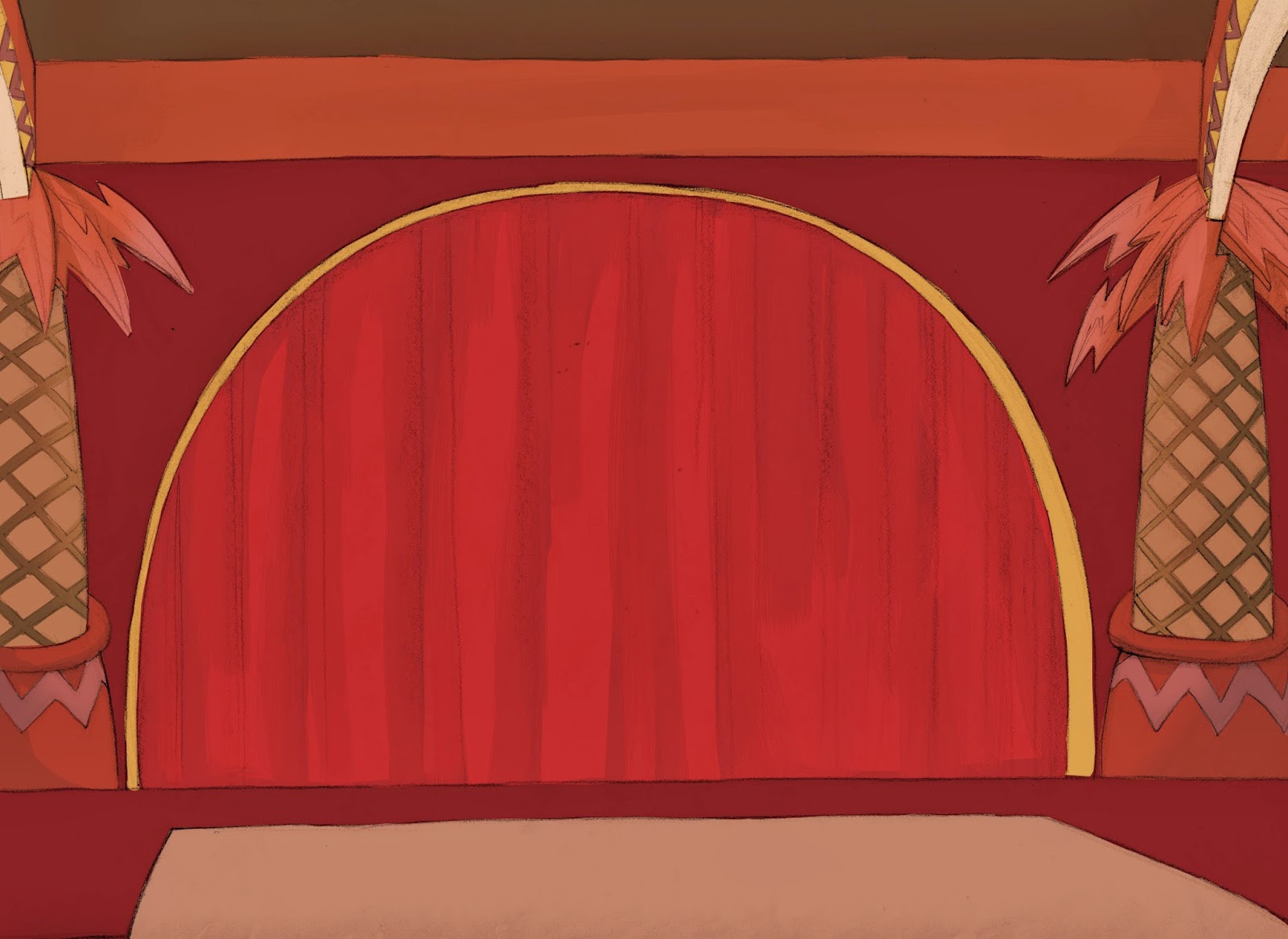 Not only that I had to adapt to the new colouring style that I am not so familiar with I also must maintain consistency in the colouring since there were two artist working on the background. It had to look like it had been coloured by only one person.

Another interesting work that I really enjoy was the character. The character were already designed and all that was needed is a colour pallet. I focus on testing out colours for the beetle character in the scene. 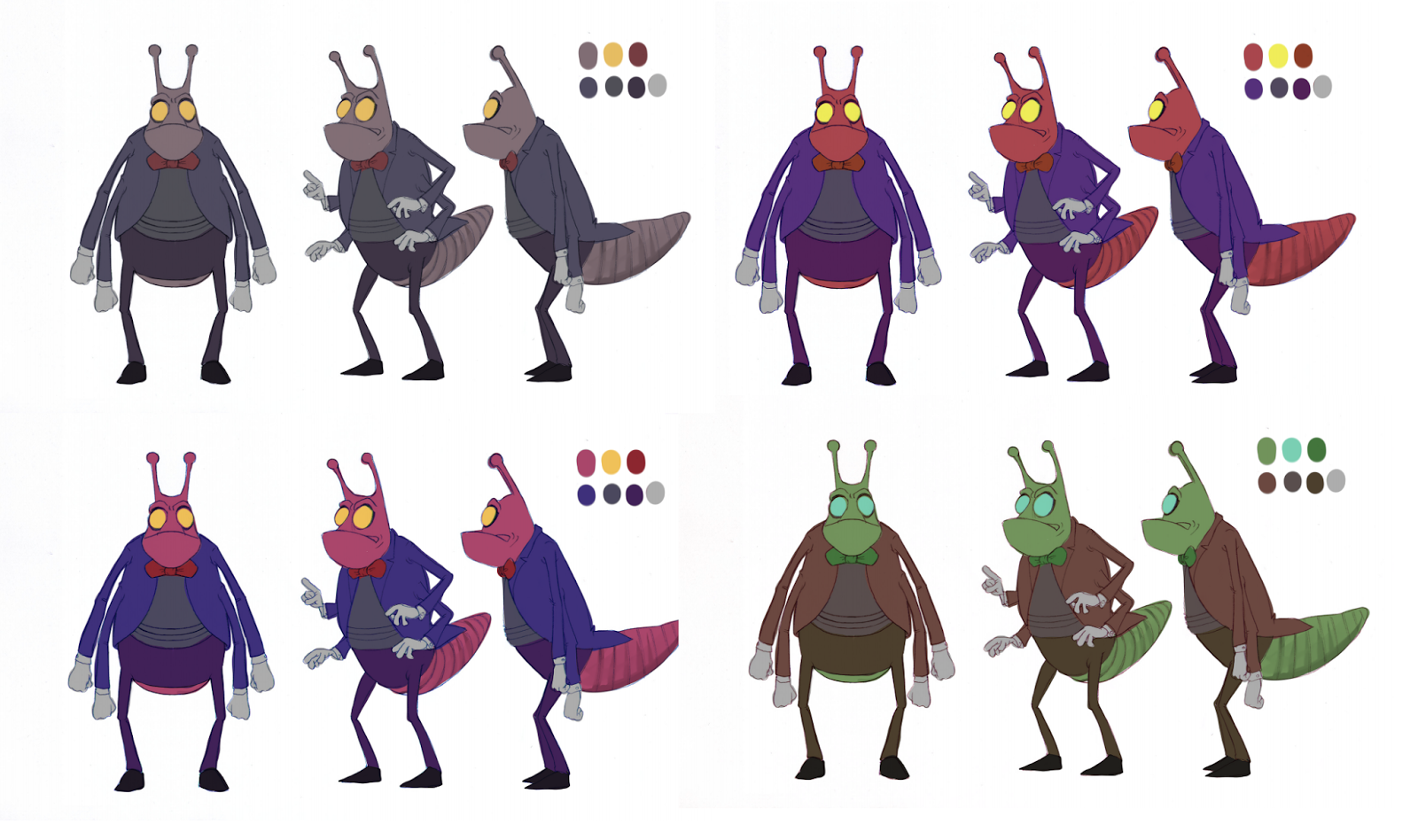 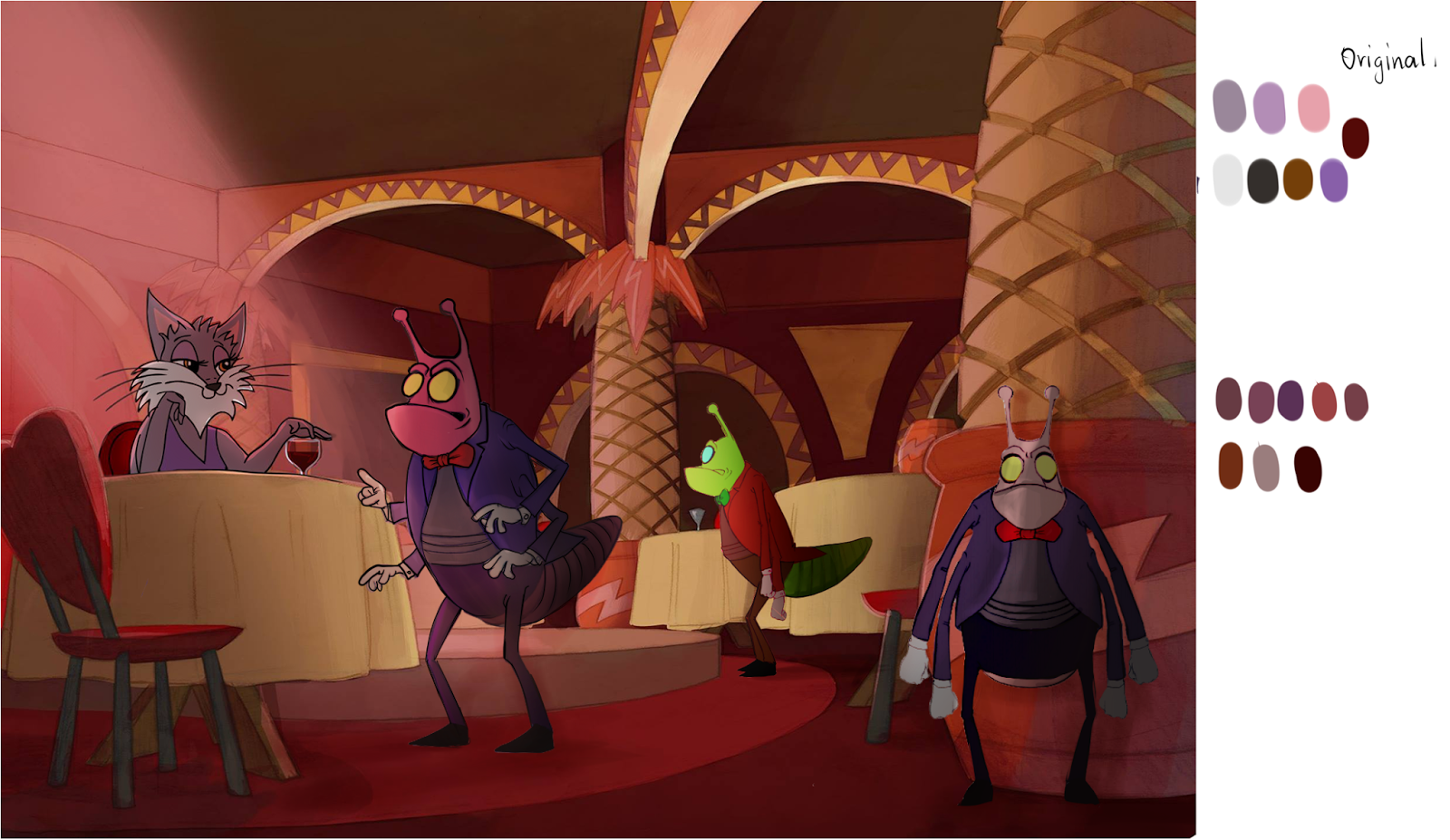 Above here is a test of the coloured character in the backgrounds. I personally like the green beetle but it still need some working since this is mostly from an illustration point of view rather than a moving animated character. Some adjustments are still needed in his attire colour and the saturation of his skin that at the same time need to work with the background but still has to stand out on his own as a character.

Other than my current university projects , I've been doing my own practices with digital art. I mostly wanted to improve on my lineart and colouring style. Trying to refined my personal style as well as adapting to other styles and techniques.

One of my main concerns are the uses of colours.

Above is a sketch concepts of my own character I've developed. On the right are head shots. Here, I was aiming for a vibrant colour pallet. I wanted the colour to pop , bright but also balanced. The one on the top right is probab has the brightest colour and saturation.


This second concept piece, I've toned down the saturation but still maintain the lighting. (with the exception of the characters on the top left.) This was also a good practice on colouring different skin tones and face shapes.

Both Katie and I have been slowly putting all our work together, building up our production bible through out the easter holiday. It is still on the basic backbone stage but so far we've been able to get the basic game play mechanic , script and concept designs together.

I've been doing most of the designs for the main playable character : The reaper. 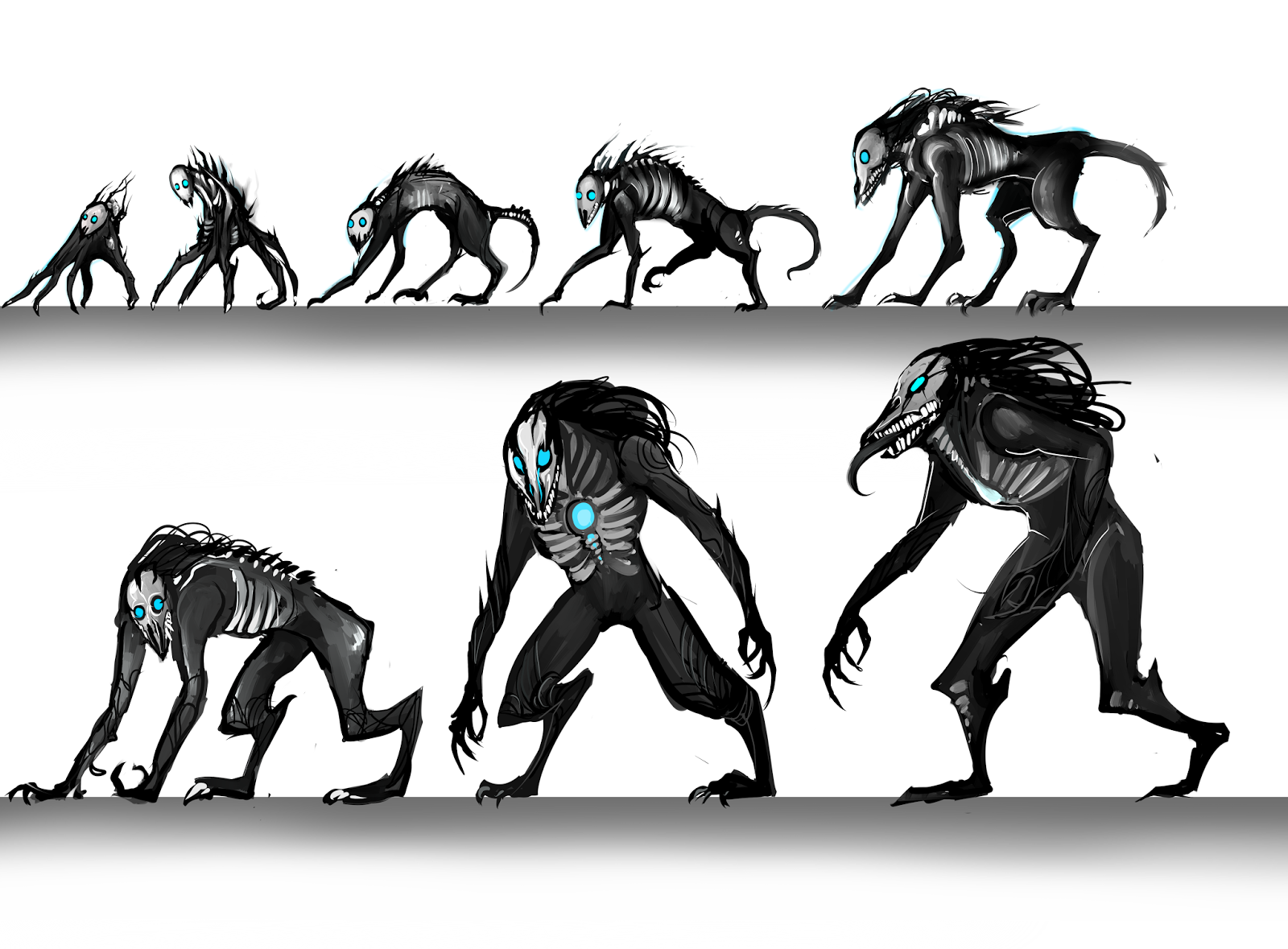 This is a concept for the 8 stages that our character will develop into. the last two I was inspired by the Yautja or known as the predator from Alien vs predator.

Here are the turn around for the reaper in stage 1,3 and 4. I wanted to get their basic shape laid out so I only did a flat coloured version on them here. 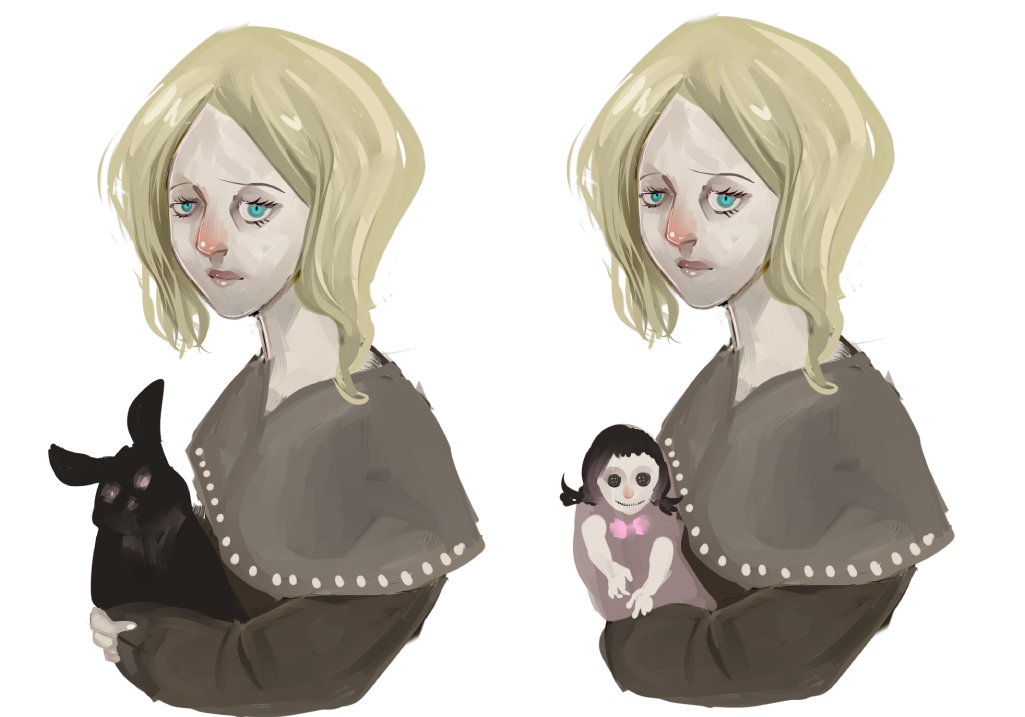 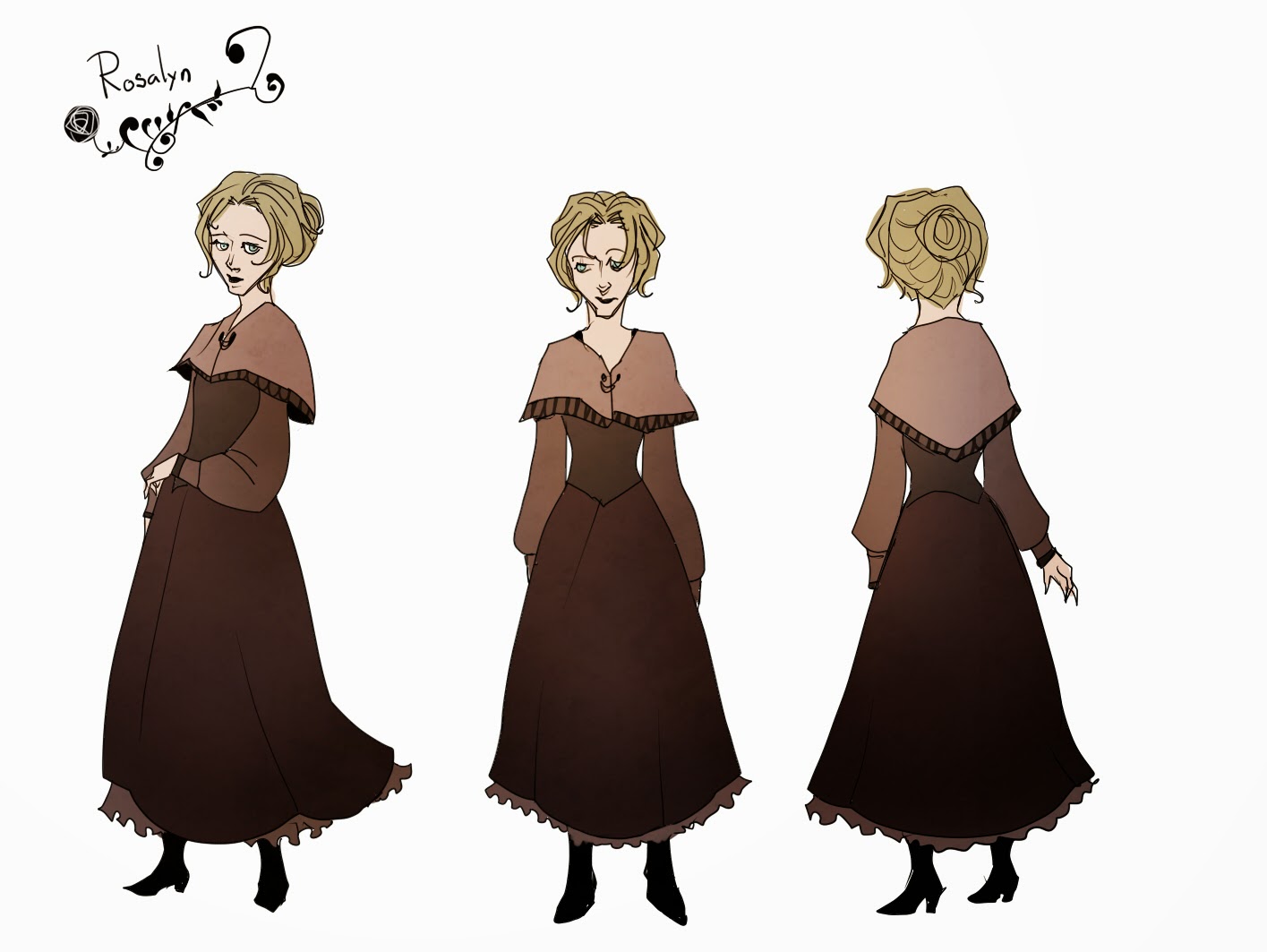 Concept for our witch, Rosalyn. Top picture is a concept design of her as a child. Rosalyn had a pet of sort. This pet will also be one of the main NPC of the game and will be a guide for the playable character through out the game. the first idea we had for this was for it to be a cat. Though it felt a bit too popular and we wanted stray from using a cat. In the first picture we though of using a hare and the second one is the possibility of it being a doll.

The second picture the first concept we had for Rosalyn. I am still working on her design as well as a proper attire for her to fit into the time age. I want to do some more rework on her hair. Perhaps have it covered up with a hood.